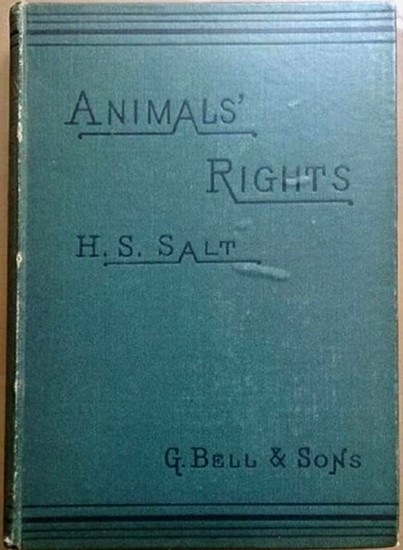 Animals' Rights is a practical book. Initially Salt sets forth the principle of animals' rights. He then describes the ways and means of the suffering imposed on animals as an inevitable consequence of the denial of rights. In the course of the book he refutes, often with humour, every argument advanced against animal rights in his lifetime and anticipates and refutes those still to be made. The conclusion offers guidance on "Lines of Reform" in which he explains the importance of an intellectual, literary and social crusade against the central cause of oppression: the disregard of the natural kinship between man and the animals and the consequent denial of their rights.

The 1892 edition of Salt's classics was republished in 1980 with a preface by Peter Singer.

"A masterpiece; it remains one of the most lucid and persuasive of all the books written in defense of animals," Keith Thomas, New York Review of Books