Company I Have Kept 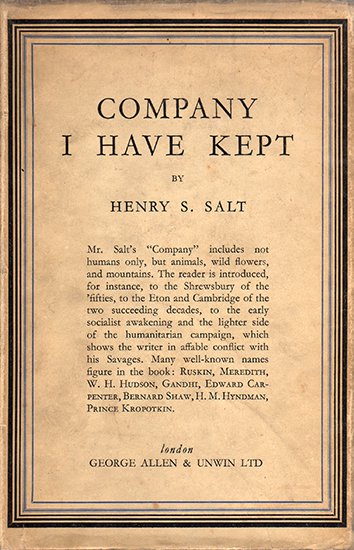 Henry Salt's "Company" includes not humans only, but animals, wild flowers, and mountains. The reader is introduced, for instance, to the Shrewsbury of the 'fifties, to Eton and Cambridge of the two succeeding decades, to the early socialist awakening and the lighter side of the humanitarian campaign, which shows the writer in affable conflict with his Savages. Many well known names figure in the book: Ruskin, Meredith, W. H. Hudson, Gandhi, Edward Carpenter, Bernard Shaw, H. M. Hyndman, Prince Kropotkin.