Familiar Strangers, The Church and the Vegetarian Movement in Britain (1809-2009) 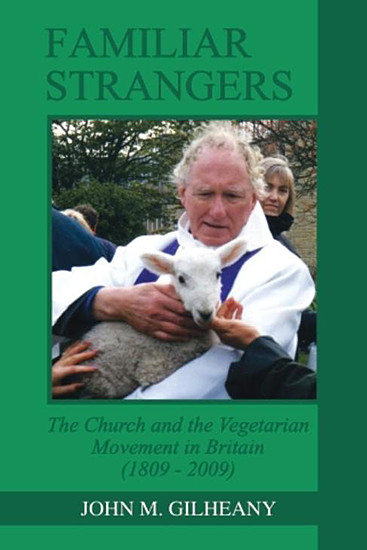 Henry Salt features quite extensively throughout this superb book for a few reasons, namely:

- His pithy disclosure of Humanitarian League overtures to the churches, ignored from one decade to the next (Seventy Years Among Savages)

- G.K. Chesterton's infamous loathing of vegetarianism throughout his literary/journalistic career was dealt with by Salt for over three decades in Food Reform journals. In that sense, Chapter 3 the two battle the issue out (in a similar way to Chapter 9 in which Salt, again, come to the fore of the dispute between Dean Inge and the London Vegetarian Society).

- It was Salt who confronted the folklore which surrounded the Gospel of the Holy Twelve head on prior to the reprinting of Rev Ousely's version of the New Testament in the 1920s.

In fact, it was Henry Salt's analysis of the efficacy, delicacy and tendency towards folly which surrounds recourse to the Bible for vegetarian propaganda that frequently kept the movement on track.

Information
Ask anyone who has ever abstained from meat for compassionate reasons about their experience of churchgoers and the chances are a frosty tale or three would unfold!

As far as most Christians are concerned the founder of the faith displayed no obvious qualms about the fate of 'food animals' in ancient times. (At least from any understanding derived from canonical sources). Therefore, why attempt to go one better than the Saviour of mankind? Surely 'heresy' is too kind a term for such impudent antics!

Well that's basically the attitude that benign concern towards animal slaying in the modern world tends to elicit; and has done throughout the existence of organised vegetarianism in the developed world. Yet the founders of the Vegetarian Society, in 1847, were largely comprised of Protestant Christians and Temperance advocates. Indeed the character of 'Food Reform' propaganda was often theological and sympathy for the lifestyle extended from major Christian figures, such as Baptist preacher C.H. Spurgeon, General William Booth who founded the Salvation Army and Pope (Saint) Pius X - to name but a few!

For those who might have become intrigued by the proximity which has often existed between these two, seemingly disparate, communities since the 1800s; 'Familiar Strangers' provides the most comprehensive account available. For more information visit the book's website.