Humanitarian Essays, Being Volume III. of "Cruelties of Civilization 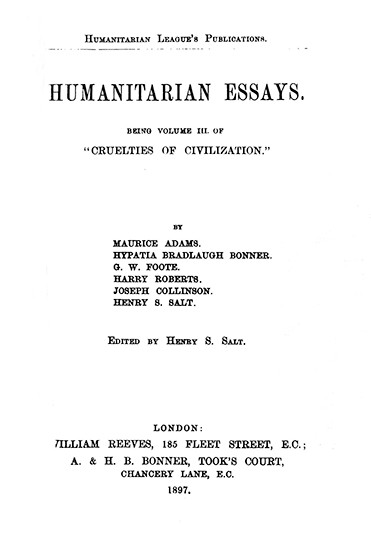 The following essays are reprinted from the Humanitarian League's pamphlets of the past three years, and form the third and concluding volume of "Cruelties of Civilisation." The first part of this series dealt with certain social questions of immediate human interest ; the second with those questions that more closely affect the welfare of animals. In the present volume both kinds are included, but in such proportion as to leave no ground for the complaint so often brought against humanitarians-that, while pleading the cause of the lower animals, they forget that of their fellow-men. It has from the first been the League's purpose to show that the cause of humanity is everywhere one and the same, and that it is iniquitous to inflict unnecessary suffering on any sentient being.