The Savour of Salt: A Henry Salt Anthology 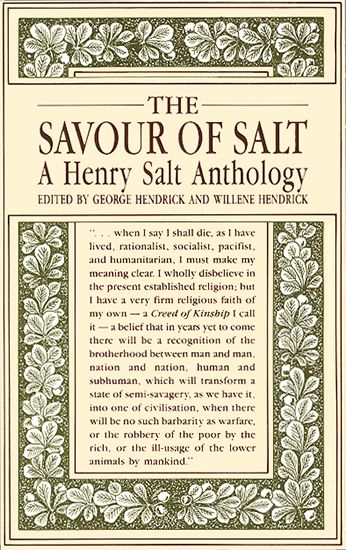 This selection offers insights into Henry Salt, the humanitarian reformer whose thinking was so far ahead of his generation, the biographer and critic whose essays and books were highly influential and the poet whose wit and perception could "turn a rhyme and overturn a fool". A child of privilege in Victorian England, Henry S. Salt relinquished his conventional life as an Eton master to live and work for causes such as animals' rights, vegetarianism, socialism, conservation and other humanitarian movements now better understood than they were during his lifetime. Salt was also a committed man of letters, writing on Shelley, Thoreau, and De Quincey amongst others. His friendships included Edward Carpenter, Mahatma Gandhi and George Bernard Shaw. This anthology celebrates the anniversary of a remarkable and compassionate man who may be said to have died at least 50 years before his time.